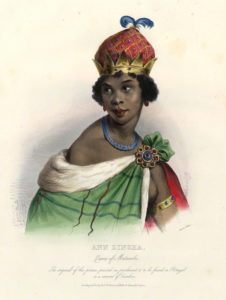 Africa is always described as a place where women live under the plight of patriarchy-based traditions and customs. But once you start reading ancient history and traditions, you’ll find out that women have always occupied very important roles in most of our societies. Many women have created and ruled kingdoms (and empires), furthermore they led armies and fought wars against invaders and colonizers.

I strongly believe that we, modern African women, can learn and take inspiration from these queens.

So here are 5 Africans queens that every African woman should know about:

Candace, Empress of Ethiopia (332 BC)

Candace or Kandake is the title given to women rulers in ancient Ethiopia. There is one specific empress,(whose real name was believed to be Amanineras, who was more famous than the others. She is at the heart of many legends because she is said to have defeated King Alexander. She was a fierce and tactical leader. She was blind in one eye, lost in a battle with Romans. Legend says that upon hearing that Alexander the Great wanted to invade her empire, she gathered and lined up all her army and waited for him, standing on 2 elephants. Another legend says that, she met with him privately and advised him not to invade her empire, because after defeating his army, she will decapitate him and roll his head down a hill! 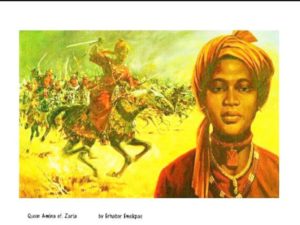 Amina was born around 1533 in Zazau (sometimes called Zaria), in a family of wealthy traders that was ruling the region. After her father passing, her brother Karama became the ruler. While growing up Amina demonstrated love for fighting and was training to be a warrior. She gained respect of the male dominated army. After her brother’s dead she became the queen and led many conquests and military campaigns in the region, with an army of approximately 20 000 people. In the many legends about her she is known as “Amina the woman capable as man”. 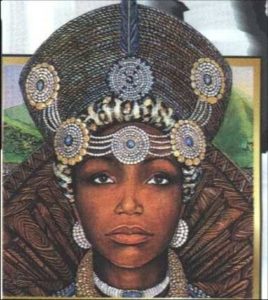 Born around 1760, Queen Nandi is one of the most powerful queen of southern Africa because she gave birth to one of the greatest king, Shaka Zulu.

Nandi’s story is one of resilience. She conceived Shaka, with the then king of the Zulu nation, Senzangakhona kaJama, out of wedlock. She was then subjected to humiliation, insults and rejection. However, despite the hard times, she did everything in her power to protect her son and raised him to become one of fearless Kings known to our continent. During Shaka’s reign, Nandi was very influential in the Kingdom’s affairs.

At her death, Shaka Zulu struck with grief, declared a long period of mourning where food like milk could not be consumed, women shall not fell pregnant or be executed. Thousands of people who didn’t show “enough grief” were executed during this time. 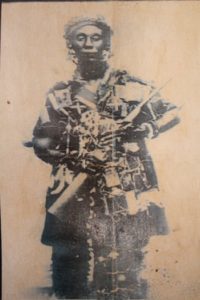 Born around 1840 into the Ashanti Kingdom in Ghana, Yaa Asantewaa was another African leader known as brave and fierce.  Yaa Asantewaa fought the British invaders in the famously named “The golden stool fight” (1900). After British governor Sir Frederick Hodgson demanded that he owns and seat on the Golden stool, a sacred symbol of the Ashanti empire, Yaa Asantewaa called her people to resist in these words: “If you, the men of Ashanti will not go forward, then we will. I call upon my fellow women. We will fight till the last of us die in those battlefields”. Women occupied prominent roles in the Ashanti culture and were involved in the government and judicial and affairs including deciding when to launch or to stop a war.

The Ashanti people fought a long and fierce battle, since the beginning of British led invasions, but unfortunately were defeated in 1902. Yaa AAntewaa and other prominent figures of the empire were deported to the Seychelles where she died. 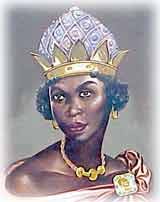 As some of you probably know, queen Nzinga of Angola (born in 1583 ) is the spirit animal of the blog. She is also one of the most famous female warriors and leaders of the continent. But of course, as the muse of this blog, the story of her reign will be the subject of a dedicated post so stay tune to find out more 🙂