Last year, I had the incredible opportunity to travel to Ghana for work. I wish I was a travel blogger to create tons of vlogs and take incredible pictures and videos to convey the real magic that is Ghana. There is so much to take in that is impossible to convey everything into one blog post. But I’m sure last year your social media were flooded by beautiful pictures of Ghana, while the country was celebrating the Year of Return.

Here is a top 5 about modern and ancient facts you should know about Ghana. Also if this country is on your wish-list, go ahead and visit it, you will absolutely love it.

Last year Ghana successfully launched a campaign aimed at encouraging people of African descent to return home to Ghana. The year of 2019 was chosen because it marks 400 years since the first slaves ships arrived in the city of Jamestown, in Virginia (1619, USA). This anniversary was marked with a series of arts and cultural events that culminated in December with events such as AfroNation and Afrochella among many others high-profile events. The campaign is estimated to have attracted around 1 million visitors and injected 1.9 billion US dollars in the economy (source bbc.com). Unless you’ve been living under a rock, social media were buzzing with content from the Year of return, from the celebrities flocking into Accra, to the public attending and enjoying music events or visiting historic landmarks; Accra gave us all the feels last year.

PS: To continue reaping off the benefits of this hugely successful marketing campaign, and build sustainable results Ghana has launched the campaign Beyond the return.

2. The Door of the No return

Like many West-African coastal countries, Ghana has many historic sites that is a testament of the cruelty of the slavery practice. It is estimated that 75 per cents of these dungeons are situated in West Africa, in countries such as Seengal, Benin, Nigeria among others. I visited the Elmina castle on the Cape Coast Castle and Museum, with an amazing guide and storyteller whose narration plunge you in one of the saddest and most atrocious period of our common history. A very emotional visit but a must see for anyone who want to learn about such an important period of human history.

3. Yaa Asantewaa and the battle for the golden stool

Born around 1840 into the Ashanti Kingdom in Ghana, Yaa Asantewaa was another African female leader known as brave and fierce.  Yaa Asantewaa fought the British invaders in the famously named “The golden stool fight” (1900). After British Governor Sir Frederick Hodgson demanded that he owns and seat on the Golden stool, a sacred symbol of the Ashanti empire, Yaa Asantewaa called her people to resist in these words: “If you, the men of Ashanti will not go forward, then we will. I call upon my fellow women. We will fight till the last of us die in those battlefields”. Women occupied prominent roles in the Ashanti culture and were involved in the government and judicial and affairs including deciding when to launch or to stop a war. The Ashanti people fought a long and fierce battle, since the beginning of British led invasions, but unfortunately were defeated in 1902. Yaa AAntewaa and other prominent figures of the empire were deported to the Seychelles where she died.

4. Many celebrities and high profiles personalities in the US and UK diaspora are from Ghana heritage.

These includes, Idris Elba, Boris Kodjoe, Kofi Siriboe and Marketing executive Bozoma Saint John. Boris Kodjoe and Bozoma Saint John have been instrumental in using their star power and influence for the Year of Return campaign, by inviting celebrities to join them, at the Essence Full circle festival.

5. The actual country Ghana’s name was inspired by the ancient Ghana Kingdom

Previously called Gold Coast and under British administration, Ghana get renamed after its independence on 6 March 1957. Kwame Nkrumah is the 1st president of the republic of Ghana. Actual Ghana must not be confused with the ancient empire of Ghana, which was situated further north, in the area of present-day south-eastern Mauritania and Western Mali. Ghana means warriors kings and was the name given to kings in the empire. Before its decline, the Ghana empire was a very wealth kingdom that traded mainly gold and salt.

Have you ever been to Ghana? how was your trip? or perhaps you have visited another dungeon, Door Of No Return in another country. How was your experiences?

Who would have thought, when we were saying our goodbyes to 2019 and welcoming the New Year in, that roughly 2-3 months into 2020, the entire world would be battling one of the worst pandemics in recent history. And it feels like every month is out there to outdo the previous one.

If you need a quick refresher of the events in chronological so far: just a few days into 2020, World War III was trending on Twitter after the Pentagon announced the killing of Iranian Major General Qasem Soleimani. Then Meghan Markle, flipped the scripted on her ‘happily ever after’ princess story, when alongside her husband Prince Harry they announced, against all expectations, that they were leaving their royals duties.

As if this wasn’t enough, on January 30, the World Health Organization declared that the novel Coronavirus (COVID-19), which first appeared in the late 2019 in China, was fast spreading around the world and, consequently declared it as a pandemic.

From there you will swear we’ve been unknowingly casted in a bad sci-fi movie , you know those ones where a mad scientist virus take a life of its own and goes on a rampage to eliminate humans from the face of Earth?

Months later, countries like Italy, Spain and The United States have become the new epicenters of the virus. Today, more than 4 million of people are affected, 1.4 million have recovered and unfortunately more than 280 000 have died from the virus. As a result, most world governments have implemented social distancing measures (big buzz word of the moment) and half of humanity, is quarantined in their homes.

As the world is going through unprecedented times, with the entire humanity facing the same public health challenge at the same time, while most of our outside world life has been cancelled, we are forced to dig deep within us and find the resources to keep us going through the bad times, re-evaluate our lifestyles, values and dreams. I encourage you all to look at the silver lining of this dark cloud, use this time to reflect, indulge in proper self-care , and cherish time with your loved ones while keeping safe and healthy.

Here are some important dates and things to look out for in May:

10 May Mother’s Day : time to celebrate mothers and mothers figures in our lives

12 May International Nurses Day : They are the unsung heroes of public health care, especially during this pandemic. Furthermore 2020 was designated as the Year of the Nurse and the Midwife by the World Health Organization in recognition of the contributions they make, and the risks associated with nursing shortages.

25 May let’s all celebrate Africa Day

Coming up on the blog : do not miss my post about all the fun stuffs happening (virtually of course) in the world right now in a new feature called HON Weekly, a love letter from Ghana. 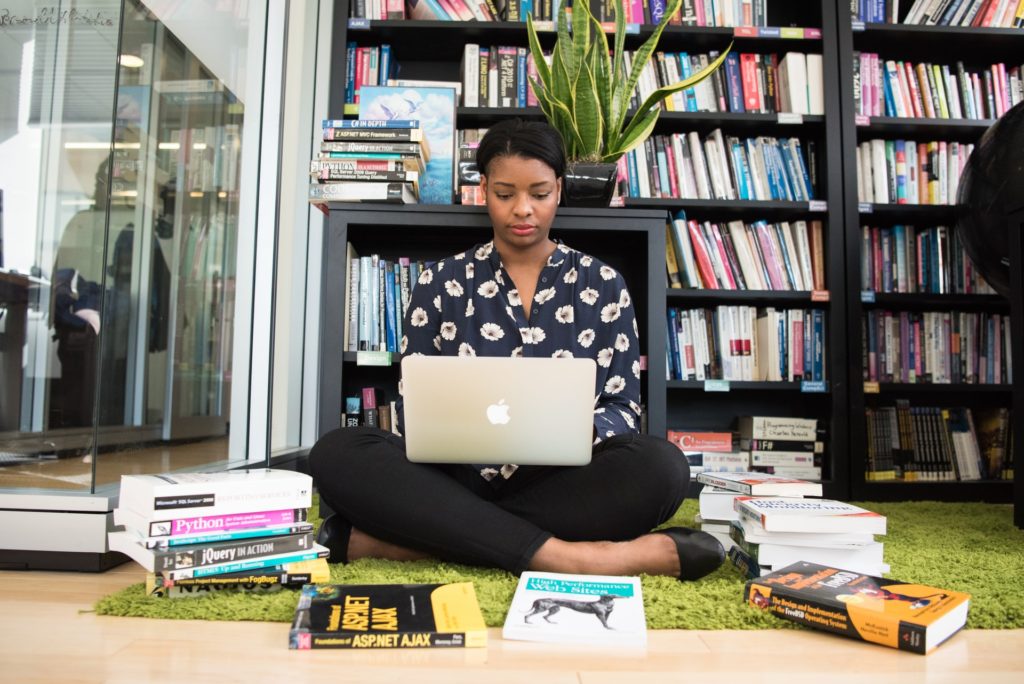 If you’ve ever stopped on my blog, you might have read that few years ago, I was in a stage in my life where I needed an outlet to express myself, reflect on some issues that affects me and possibly connect and network with other people. And that it really took me few years to execute my vision. However, despite my strong passion for blogging and sharing ideas with the world, last year I realized how difficult it is to stay committed and put out consistently content. I can’t believe my last post here was in March. A whole full year. Where did the time go?

So, here are 5 lessons I have learned over the past year:

END_OF_DOCUMENT_TOKEN_TO_BE_REPLACED 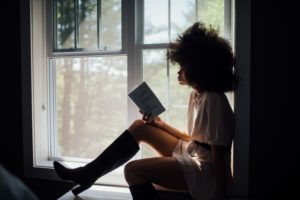 Hey queens, so this holiday, I went on a (forced) digital detox for 15 days and let me share five things that happened to me. In case you’re wondering why “forced” and why 15 days? Well, because there was a massive countrywide internet and social media shutdown in my home country. So, the internet was completely unavailable. But surprisingly,

Last year, one of my resolutions was to read more, but my phone is a constant distraction and I’ve spent more time reading about Nicki Minaj and Cardi B’s feud than attending to my reading list.

I was more present, mindful, and living in the moment.

Having no internet at all means that no one around the dinner table was on their phones. I had to listen more, be more present in family conversations. No nodding to a conversation while you’re busy liking pictures on Instagram.

OK this a huge one! There was no more waking up at in the middle of the night and reaching out for my phone to check Twitter or Instagram. Yep, I was guilty of that too. And this is a healthy habit I aim to keep for life. I mean unless you’re a doctor on call or work night shifts, but your phone must be on silent or do not disturb during sleep.

I discovered a great African author.

Ok, I could have said that in point 1, but I needed 5 points. But I read 2 amazing books by a Congolese author, Alain Mambackou: Les Lumières de Pointe-Noire and “Les Cigognes sont immortelles.” I loved them so much that I must to write book reviews for both.

I feel less addicted to my phone.

I really love social media, (Which blogger doesn’t?) but this digital detox has helped me feel more detached from my phone and honestly, I’m loving it. I reach for it only when I need it and I try to engage only with content that either educates, inspires or uplifts me.

Do you schedule regular time off your phone or laptop? If yes, I’d love for you share  your digital detox routine with me.