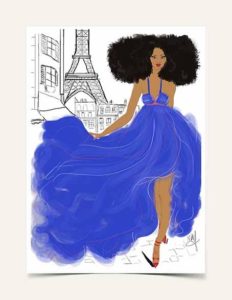 Weeks ago, I was surfing on one of my favorite blogs xoNecole when I came across an article titled: “Meet the French illustrator who is all about sisterhood and black girl magic”. Reading through the article, I discovered that I was familiar with the illustrations of the featured lady, Nicholle Kobi. I have seen them on Instagram but never thought of the person behind them. I quickly browsed her website and I saw that she was touring Africa. And she was scheduled to stop in Johannesburg, in August. Since I didn’t know much about her, I’m glad I checked her event out.

When I arrived, I was checked in by 2 friendly ladies. We were ushered to a small exhibition area where her illustrations were displayed across glass windows. Some were stylishly scattered around some tables. Another area was a pop-shop where attendees could purchase t-shirts, different sizes of the illustrations, tote bags etc.  Stylish women were roaming from the 2 spaces, browsing through the illustrations, checking what their friends got, commentating etc.

After about an hour, we were asked to take our seats in the small auditorium area and attend the conversation and Q&A, between Nicholle and the two hosts from Mbewu movement (the organisers of the event). Very quickly, we were taken in the heart of the subject. What I found most interesting about the conversation, was that, the talk was at the intersection of so many discussions that is happening right now in the Africa diaspora communities: politics of identities, racism, diversity, representation, inclusion, colourism, self-esteem, body image, they touched on everything.

Nicholle is of Congolese descent. She was born in Kinshasa (DR Congo) but moved early in her life in Normandie, a region in France. It seems like they were not many black people in her surroundings and that has been instrumental in her quest for visibility and celebrating her blackness.

On her beginning: “As far as I remember I was always drawing and colouring. I remember I used to colour in black, white women in my mother’s magazine”, said Nicholle remembering her early years.

On fighting stereotypes: Nicholle mentioned a conversation she had in Belgium with someone asking her when she is going to draw more ‘African characters”. Through her art, she is making a point of not falling into these stereotypes. Black women doesn’t necessarily need to be portrayed wearing Wax, or carrying a baby on her back to be valid. Somehow the world is not ready to embrace images of black people living their daily lives (ladies sharing a cup of cappuccino, a couple sitting together,  an entrepreneur working at her desk, a mother kissing her son).. So in a way this is revolutionary because we are so conditioned of being portrayed only in certain ways (think images of oversexualised black women in music, or poor black women carrying wood on their heads and a baby on her back…) 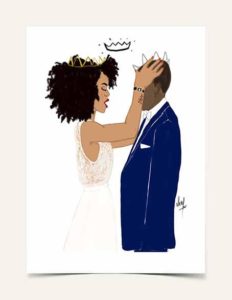 She also recounted how, at the beginning, many people, (including her black friends!) described her art as racist, because she was drawing only black women. Her History of Arts teacher even told her that she will never be successful drawing only black people! That’s why she started her career in banking first, remembering drawing between contracts pages to stay sane in a job that was boring her.

Nicholle is a bubbly person and has a contagious energy. She said numerous times during the chat that South Africa and Nelson Mandela hold a special place in her heart. She remembered watching news and documentaries about Nelson, Winnie and the plight of black South Africans under Apartheid while growing up. Starting her African tour in SA was a dream come true.  She hopes touring more African countries in the future.

She also talked a lot about her identity as a black and French woman and how France and the US embrace differently their citizen of African descent. This topic was relevant not only because there is a conversation that is slowly happening in France (Second generation immigrants in France are fighting for more recognition, inclusion and visibility across every spheres of the country). You might have heard all the remarks and commentaries made around the French national soccer team, the orld Champions 2018. Indeed many called them ‘the last African team standing” because they were made mostly of players of immigration descent.

Here are my 3 takeaways from this interesting evening:

From her Arts teacher, to the people around her, her arts was met with doubtful remarks first. But she perseveres anyway.

Nicholle is passionate about many things (her roots, black experiences, diversity etch). Through her passion she is able to make an impact and change the world, one illustration at a time,

Nicholle artwork was seen as racist in her own country France due to the countries many politics and perceptions around races and identity. Social media, in particular Instagram was instrumental in her success because it transcends geographical barrier. Her work has been week accepted into the US at first. Nicholle now lives in New York ans she believes she would get more creative freedom and get more inspiration from there. 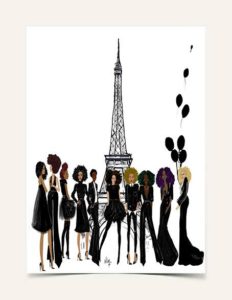 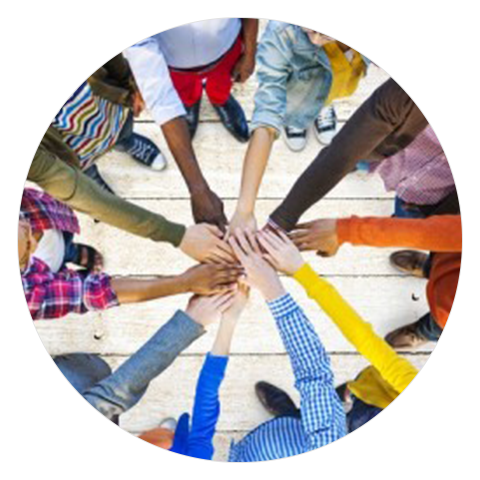 Eating, going out, events, agenda, and things to do, Stuffs to try…We love discovering new things and share them! 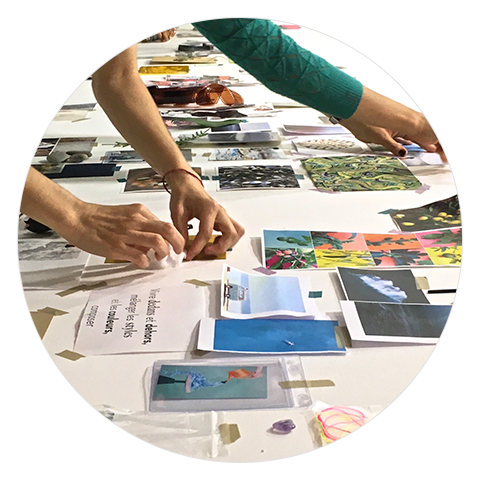 What’s trending and creating the buzz. We discuss the latest trends in the digital space and entertainment world.