With 2016 coming to an end, I have decided to do a top 16 of African women doing amazing things in their fields. Whether they are in the entertainment industry, the media, or in the government affairs; whether they are running NGOs to improve the lives of others or just a young girl who stood up for her rights and challenged the status quo in South African schools like Zuleika Patel did; these women are breaking barriers and making a huge impact not only within their communities but also worldwide. These women are sharing their African colors with the world. 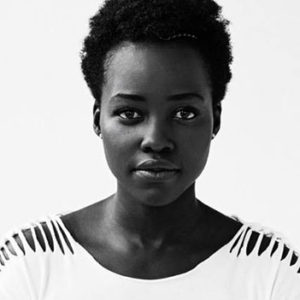 Bio Express: Lupita was born in Mexico, from Kenyan parents. She was raised in Kenya and went to college in the United State where she earned a Bachelor degree in Film and Theatre Studies from Hampshire College, and a Master degree from Yale’s School of Drama. Soon after her graduation she got a role in the critically acclaimed ’12 Years a Slave’. Her performance earned her an Oscar award for Best Supporting Role. She has also starred in and co-produced the Broadway play ‘Eclipsed’ (with fellow African actress Danai Gurira). In 2016, she starred in ‘Queen of Katwe’ a real-life story about a little Ugandan girl gifted at chess. Since Lupita emerged on the international scene, she has seduced people with her unique, gracious and effortless look and style.
Lupita is truly authentic! Without saying too much, she proudly represents her origins, in her style and the stories she tells through her projects.  In 2018, Lupita came back with a bang, in the successful Black Panther movie, along side friend Danai Gurira!! 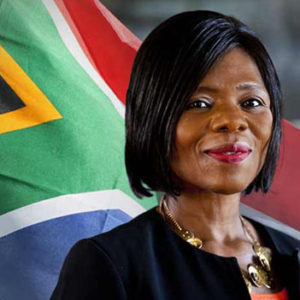 Bio Express: The Public Protector role is a position created to investigate complaints brought by ordinary citizens against government agencies and officials. Thuli Mandosela took this position to another level by fearlessly addressing and investigating complaints involving highly ranked officials, including notably the president Jacob Zuma.
Mandosela’s leadership is deeply rooted in her soft power, fearlessness and passion for social justice. The Public Protector who just retired last month (October 20016) managed to get her voice heard by remaining calm and unbothered in all circumstances -she had to face threats, ridicule, insults and tentative to discredit her- while dealing with highly sensitive issues. Speaking softly is one of her most striking leadership trait. A real hand of steal in a velvet glove! 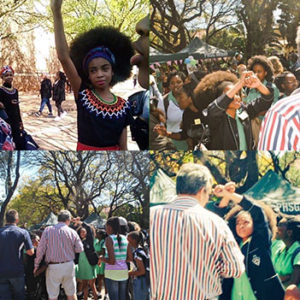 Bio Express: A group of high school students at Pretoria High School for Girls made headlines earlier this year while images of a young Zulaikha, holding her arms crossed defiantly in front of a white male adult went viral. Zulaikha and her friends were protesting the fact that she has been sanctioned several time because of her afro hair deemed ‘not neat’ and against school policy. This incident sparked outraged and brought up issues that a majority of school students face daily, such as discrimination and racism, particularly regarding hair policies.
Zulaikha proves that age is nothing but a number and that it is never too early to stand for what you believe is right. A lot of people admire her for her fierce and bold stand-off with her school authorities. At University level students are protesting through the Fees Must Fall movement for a free and decolonized education. 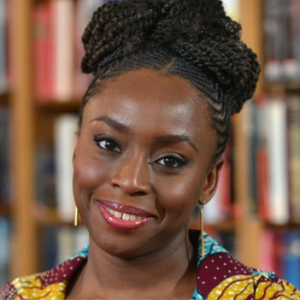 Bio Express: Chimamanda certainly embodies African modern literature. Born and raised in Nigeria she left her native country at the age of 19 to pursue studies in the United States. She holds a Master of Arts degree in African studies from Yale University. Her work has been translated in 30 languages and was featured in numerous prominent international media. Her notable work incudes ‘Purple Hibiscus’ ‘Half a Yellow sun’ and ‘Americanah’.

What I like about Chimamanda is that she indeed proves that beauty and brains are not mutually exclusive. She was recently chosen as a brand ambassador of the UK makeup brand Boots. Chimamanda is also a pop culture phenomenon (partly since Beyoncé read excerpts from her speech “We should all be feminists”, in one of her songs) and she often shares her views on beauty, style m identity and feminism on various media platform.