I have decided to do a top 16 of African women doing amazing things in their fields. Whether they are in the entertainment industry, the media, or in the government affairs; whether they are running NGOs to improve the lives of others or just a young girl who stood up for her rights and challenged the status quo in South African schools like Zuleika Patel did; these women are breaking barriers and making a huge impact not only within their communities but also worldwide. These women are sharing their African colors with the world. 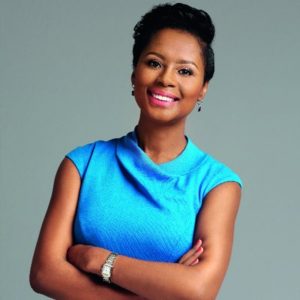 Occupation: CEO of Ndalo Media, Entrepreneur and Media personality
Country of origin: South Africa
Current city: Johannesburg
Bio Express: After completing her studies in journalism, Khanyi made history when she became the first black newscaster on the South African Broadcasting Corporation in 1995, at 20 years old. At 22, she was appointed as the editor of True Love magazine, one of the most iconic and enduring magazine for black women in South Africa. Under her position, the magazine reached new heights by doubling the magazine circulation figures. Khanyi took her love for publishing and entrepreneurship to another level by completing an MBA at Harvard Business School. She came back to South Africa and launched her publishing company called Ndalo Media. Her company flagship publication is Destiny Magazine, a leading publication for the sophisticated and ambitious young African woman. Destiny Magazine is popular because, unlike other women magazine (that focus only on fashion, style and make up) its goal is to mentor and empower women by profiling successful women, giving career, financial and entrepreneurship advice. Khanyi is a real powerhouse, a role model and mentor to many young women and an international speaker. She is a regular panelists on entrepreneurship events locally and internationally. Khanyi  is a truly influential personality because she champions tirelessly woman and youth empowerment through her online and offline publications and mentoring projects.

Update 10 April 2017: Khanyi company’s Ndalo Media announced last week that it has acquired the publishing licence of Elle South Africa Magazine and Elle Decoration. It is the first time that Elle Magazine SA, in his 21 years of existence, will be published by a 100% Black Owned Business. I’m sure many readers are looking forward to see  which editorial direction Elle SA and Elle Decoration will take , under the leadership of Khanyi and Ndalo Media. 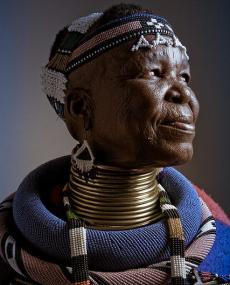 Occupation: Artist
Country of origin: South Africa
Bio Express: Esther Mahlangu is a South African artist, born in 1935, whose arts is inspired by her Ndebele heritage. The Ndebele people of South Africa are known for their arts, especially for their decorated houses with bold colors and symmetrical patterns and bead-work.The Nbebele people are often seen wrapped in blankets with bold colors such as yellow, blue and red. Ma Esther uses the artistic and geometrical patterns of her rich heritage in her arts. Since 1989 Ma Esther has gained international recognition and has showcased her arts around the world in the USA, France, Germany, Italy and at home in Cape Town and Johannesburg.
Interesting facts: She has twice been commissioned by BMW to decorate 2 of their models. In 1989 she decorated with her arts the BMW 525i Sedan. Last year, she joined forces with BMW again by decorating with her characteristics patterns the interior wooden trims of an individual BMW 7 series. 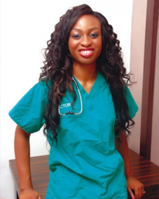 Occupation: Founder and MD of Flying Doctors Nigeria
Country of origin: Nigeria
Website: http://flyingdoctorsnigeria.com
Bio Express: Ola Orekunrin is a medical doctor, a helicopter pilot and a health entrepreneur. She became the youngest doctor in the UK after she graduated from Hull York Medical at 21 years old. Ola was inspired by a personal tragedy to launch a company specializing in urgent healthcare. Her younger sister died while on vacations in a remote place in Nigeria and no medical air service was available to attend to her as a matter of urgency. I was really inspired by Ola’s story at the Lionesses of Africa 2016 annual conference because she addresses an issue that exists in many sub-Saharan countries where too many people die because of a lack of medical infrastructures and emergency medical services. Her medical emergency model needs to be extended to more countries. 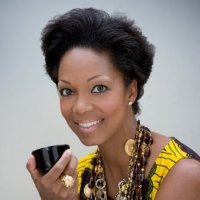 Occupation: Founder and CEO of Yswara
Country of origin: Cote d’Ivoire
Website: http://www.yswara.com
Bio Express: Swaddy Martins launched Yswara, an African luxury company specializing on turning tea into a high end product for the global market. She defends the right for Africa to claim its space into the global narrative, mostly in the luxury industry. She has coined to the term ‘Luxe Ubuntu’ to describe her business model which ethically sources its products and pay homage to African’s refinement , elegance and unique ancestral craftsmanship. Her company sources tea from all over the continent. Yswara range of teas is distributed through 30 retailers in 10 countries including South Africa. They opened their first luxury tea house in Maboneng, Johannesburg’s revamped downtown area.